Haiti and the United States 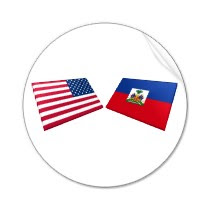 Here are the things I am feeling positively about regarding the United States and its response to the earthquake in Haiti:
The United States has a Democratic administration.
President Barack Obama and First Lady Michelle Obama care about Haiti and are willing to commit American resources to helping the country. They are African-American; their skin color is the same as the Haitian people, which can only raise the esteem in which the Haitian people are held. I know this last sentence seems offensive and politically incorrect, but it is true.
Hillary Clinton, who early in her tenure as an Obama cabinet member, gave a major speech about Haiti, is Secretary of State.
Bill Clinton, who along with his wife has a special appreciation for Haiti, is the United Nations special envoy to Haiti.
President Obama today granted Haitians in the United States Temporary Protected Status.
One of the major tests of the Obama presidency will be our country's sustained response to this Haitian catastrophe.
Here are some depressing features of the U.S. relationship with Haiti:
The reason the U.S. Coast Guard was able to respond to the crisis so quickly is because the ships were in the area to intercept desperately poor Haitians trying to leave Haiti on rickety boats headed for the Bahamas or the United States and return them to Haiti.
The United States has a schizophrenic relationship with Haiti. The Clinton administration restored Haitian President Aristide to power. The Bush Administration escorted President Aristide from power. And now the Obama administration appears poised to make a major investment in the rebuilding of Haiti. All of this occurred in the span of 16 years. Prior decades reveal even worse dysfunction on the part of the United States (supporting dictators, occupying the country, not recognizing the country, etc.)
The United States initial response to the earthquake notwithstanding, the U.S. government has had a definite bias against Haitians as evidenced by our immigration policies: harsh treatment of detainees at Krome detention center, difficulty of Haitian in obtaining visas, reluctance until today to grant Haitians TPS when the citizens from other countries in far less dire straits were granted the designation.
Our tendency is to only worry about Haiti when the country is having an adverse affect on us-- like when Haitians wash up on Miami beaches, looking for the American dream).
Our incredibly short attention span and self absorption. Will we tire of this Haitian crisis?
What now?
This earthquake is an event in the hemisphere of an entirely different magnitude. Will something this major reset the board on U.S-Haitian relations? Will it traumatize Americans--in a positive way--to realize what is important and how U.S. power can be used peacefully to make a positive difference in people's lives?
If the Haitians can remain hopeful, then so can the rest of us.
Posted by Maria Carroll at 9:09 PM

Thanks for your blog.
The Haitian Ambassador bristled when CNN's Wolf Blitzer asked why didn't Haiti let US troops "take over" the security forces. The Ambassador said they do not need this kind of help. The Ambassador seemed a bit arrogant in light of the current situation. Maybe I was reading his demeanor wrong. Seems like the government in Haiti had failed their people before the quake.
A former Ambassador (sorry don't have the names) suggested implementing a Marshall Plan. What do you think?