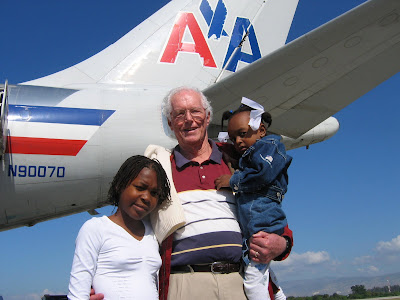 The girls have had new echocardiograms performed by Cardinal Glennon. They should be on the surgery schedule soon.
My dad with Jhiny and Cristelle at the airport in Port-au-Prince as they prepare to board the plane.
Posted by Maria Carroll at 8:59 AM 5 comments: