With The Right Help, Some Problems Can Be Solved Quickly 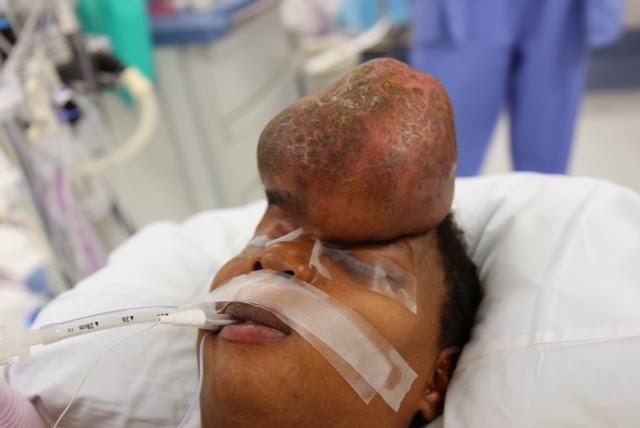 We heard about Oniste from another Haitian Hearts patient. As you can see from the picture above, she had an unbelievably huge tumor on her forehead. It started as a small bump three years ago and has grown to this monster, which was destroying her health and threatening her life.

On a few trips this year, John examined Oniste. While he assured her that we were searching for a hospital in the States, the tumor ignored our good efforts and continued to grow. After several near misses with medical center, the amazing Dr. Wayne Yakes, a vascular interventional radiologist who specializes in tumors at Swedish in Englewood, Colorado, accepted Oniste.

John flew with Oniste to Colorado. Dr. Yakes threaded a catheter up to the tumor and cauterized the blood vessels feeding the tumor. This was a critical step as before we met her, Oniste had gone to the Dominican Republic and surgeons there had attempted to remove the tumor. But they had to stop because she bled so profusely.

The day after Dr. Yakes performed his magic, Oniste went to the OR where she successfully had the tumor removed. She had a couple of touch up surgeries after this and she will have radiation therapy as the tumor was mildly malignant, but as you can see from the after picture below, which was taken while she was still in the OR, she is a new woman! Oniste is being cared for by a lovely Haitian family who lives in the Denver area. 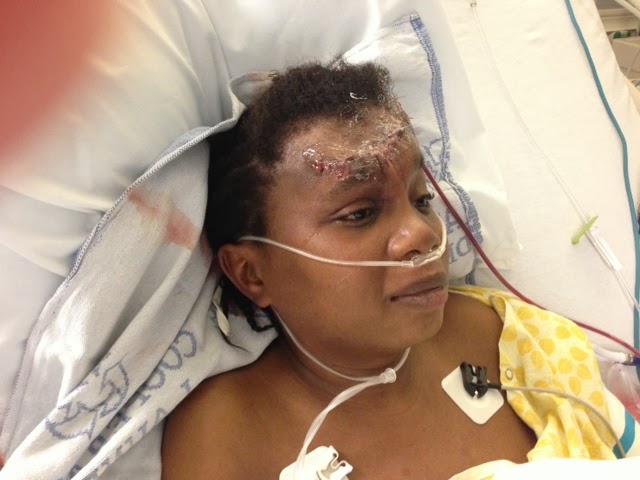 These Haitian Hearts cases require so much work to be the successes that they are, it seems scandalous that I write about them so briefly. For more detailed and comprehensive reports, please go to John’s blog at Dispatches from Haiti hosted by the Peoria Journal Star.
Posted by Maria Carroll at 11:30 PM No comments: 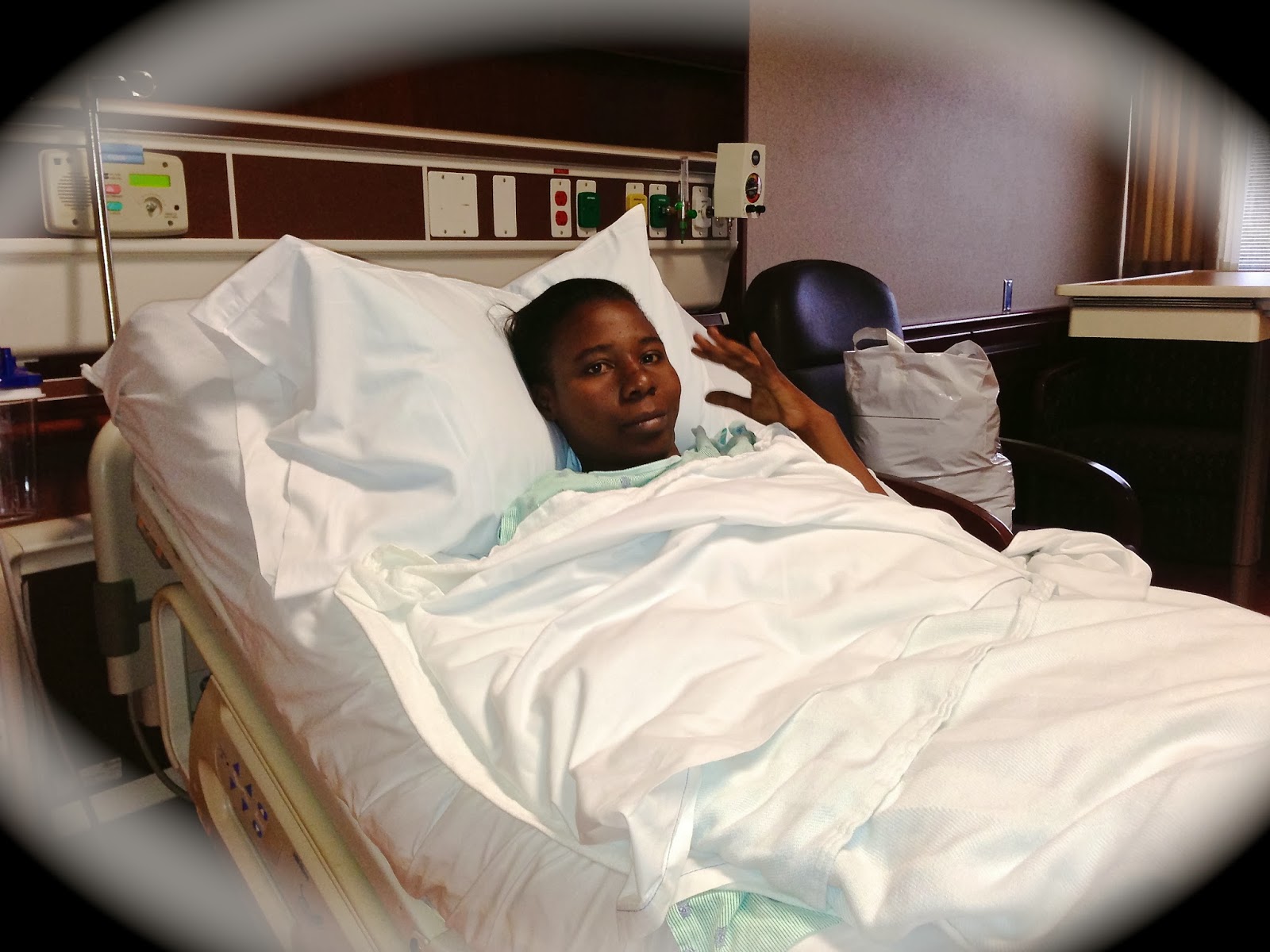 Marie had surgery at Edward Heart surgery less than a week after arriving in the United States. And big surgery it was--she had two heart valves replaced and one repaired, by the best heart surgeon anywhere, Dr. Bryan Foy. The heart only has four valves, so this indicates how sick she was. Unfortunately, Marie's heart wouldn't start beating on her own. Dr. Foy put Marie on ECMO, which is basically like bedside bypass. He would give her heart a few days to start pumping on its own.

Things looked grim. We called Marie's sister Rose who lives in New Jersey. She flew to Chicago to be there for Rose and possibly say good bye. When Rose walked into the ICU, took Marie's hand, spoke to her in Creole, Marie, who was still on ECMO and heavily sedated, opened her eyes. The ICU staff were stunned; another miracle. The next day, Marie was taken off ECMO, and her heart took over on its own.

From there on out, she has made progress, but it has been a roller coaster. Marie successfully battled kidney failure and gall bladder problems. She left the hospital three weeks after she had surgery and went to the home of Linda Mrez to recuperate.

Marie continues to grow stronger. She goes for walks, which before surgery, her sick heart would not allow her to do; it was just barely keeping her alive. We are thankful to Dr. Bryan Foy, Edward Heart Hospital, many other medical professionals, host families, the O'Donnell's and the Merz's, and most of all to God for the series of miracles that allow Marie to live.

Posted by Maria Carroll at 2:46 PM No comments: