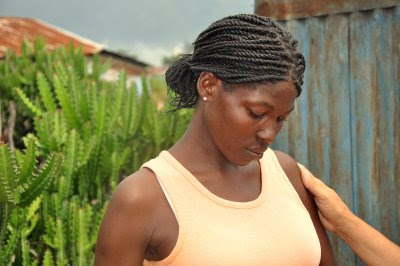 John is in Haiti now, so I'll be able to indirectly and vicariously post live from Haiti
He spent his first week teaching at a nursing school in Les Cayes, the third largest city in Haiti, on the coast of the southern penisula. As part of one class, John interviewed a 19-year-old who was in the hospital by herself. Her story was sad; she was sick, possibly with AIDS, and had a baby who was somewhere in Port-au-Prince.
They were about done with the questioning when one of the student nurses asked her if she had anything else to add. The young woman said she felt bad because unlike the other patients in the hospital, no one visited her, no one brought her anything.
Class concluded and John noticed the nurses in a little group. They were taking up a collection for the young woman.
It isn't the poor in Haiti who are the problem.
Posted by Maria Carroll at 10:11 AM No comments: