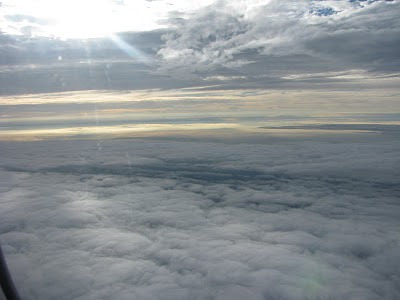 No one who cares about Haiti can be too sorry to see 2010 end. I wrote an essay that was recently published in a local newspaper and I will share it here. Here's hoping that 2011 begins the resurrection for Haiti

My husband John Carroll and I are asked to give presentations on Haiti and the work that we do with our organization, Haitian Hearts. Haitian Hearts brings children and young adults from Haiti to the United States for heart surgery and also supports general medical care in Haiti. During the question and answer period after the presentation, we sometimes are asked, “Do they know about birth control?

I confess to feeling upset when I hear this question. I don’t like what the question implies: “It would be in those people’s best interest if their parents had used birth control, and they didn’t exist.” Despite their difficult circumstances, the Haitians themselves are glad they are alive, just as we who are more materially privileged and have less life-threatening problems are glad we exist. Upon hearing this question, I wish I had the magical ability to transport the person to Haiti. When you are sitting in front of a person who needs food, or medical care, or even a hug, their existence seems inevitable and good, just like yours and mine does.

When we think of people in an abstract way—as huge masses of the suffering, poor—we are more likely to draw conclusions that aren’t respectful of human dignity and the right to life. We view the people themselves as the problem and not the appalling conditions that exist in the world and that our sinfulness has helped create. This distancing is a form of denial.

The answer to the problem of poverty that kills is not birth control; it is living the Gospel, bringing the Kingdom of God to our world. Jesus personified it and preached it, and 2,000 years of Church tradition reinforce it. Perhaps Jesus’ strongest statement about how we are to treat the poor is in Matthew 25, where he links our care of those most in need to our salvation. Those who feed the poor, clothe the naked, care for the ill, visit the prisoner inherit the kingdom.

From the document, The Church in the Modern World, comes these challenging words: “. . . the right of having a share of earthly goods sufficient for oneself and one’s family belongs to everyone. The Fathers and Doctors of the Church held this opinion, teaching that men are obliged to come to the relief of the poor and to do so not merely out of their superfluous goods. If one is in extreme necessity, he has the right to procure for himself what he needs out of the riches of others. Since there are so many people prostrate with hunger in the world, this sacred council urges all, both individuals and governments, to remember the aphorism of the Fathers: ‘Feed the man dying of hunger, because if you have not fed him, you have killed him.’”

Before 2010, a good day in Haiti, particularly in Port-au-Prince, was already like the aftermath of a natural disaster. But this past year, the people of Haiti have borne an inconceivable level of suffering: a devastating earthquake that killed tens of thousands of people in a matter of seconds; seemingly permanent tent and tarp cities with all their problems of poor sanitation, lawlessness, and inadequate protection from the elements, including hurricanes; and as I write this, a deadly cholera outbreak that will likely kill thousands more people. The people of Haiti seem to be carrying the cross for the entire western hemisphere.

I don’t like typing that word thousands in the paragraph above—too many people gone and no names, faces, or stories with the number—so let me tell you about one bright spot: a four-year-old girl who survived for several days in a collapsed building destroyed by the earthquake, trapped next to her father who was dead. A relative brought her to a hospital where John was working and upon exam, he detected a heart murmur and sent her for an echocardiogram. She has a fixable heart problem, and we are searching for a hospital for her. So there is hope for her.
Faith, the faith of the Haitian people and our own faith, gives me hope. Poor Haitians who have so little materially have the greatest faith. They are constantly praising God and depending on Him. They show no self pity in the face of such painful, heartbreaking circumstances. When I get discouraged thinking about Haiti, I try to contemplate Jesus. God sent His only Son to walk among us and how did we treat him? How much darker can things get for us than God nailed to a cross? And yet, this was not the end and out of the Crucifixion came the Resurrection. I have faith that if we follow God’s great commands to love Him and each other, Haiti, too, will have a resurrection.
Posted by Maria Carroll at 11:00 PM 2 comments:

Patient 142 Has Been Patient 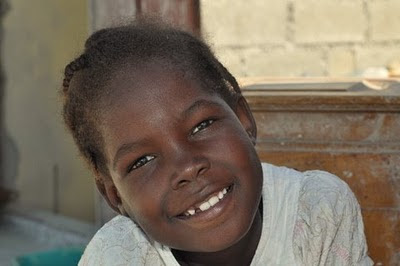 We have many challenges in bringing patients from Haiti to the United States for medical care. From the moment John hears a not-so-innocent murmur as he listens to a child's heart, a process is set in motion, which if it is successful, results in the child coming to the United States for surgery.
In a normal situation--as if there was such a thing as normal in Haiti--John gives the family money and instructs them to take the child to a cardiologist for an echocardiogram. This test is recorded on a videocassette, which the family must bring back to John. Then if the child doesn't have a passport, one must be procured. The family is instructed to check in regularly with our Haitian helpers. All of this must be done in a country with roads that wouldn't be called roads elsewhere, where death trap transportation is the main mode of travel and by families with few resources, who are struggling just to live.
In the United States, we send the echocardiogram around to doctors who have expressed an interest. And we tap any connection we can think of to find a hospital that might be willing to accept a charity international case.
Once we get yes from a hospital and doctor, we look for a host family. Then we have to get through a whole lot of visa and travel paperwork that I won't bore you with describing right now. Really, it takes a series of miracles for us to get anyone out of Haiti and to the United States.
That is doubly, triply, quadruply the case for Widnerlande, pictured above. John first saw her in a clinic and sent her mom and her off for an echo when she was 18 months old. She is now seven. Some of the obstacles included: an echo that got lost in Haiti. inability to contact the family, who lives hours from Port-au-Prince (this always makes things more difficult as passports and visas can only be gotten in the capital), and lack of passport for Widnerlande until recently, to say nothing of the natural disasters that have hit Haiti--hurricanes and the earthquake that devastated the country. For weeks, we didn't even know if Widnerlande and her family were alive. And now cholera is blighting the land.
Despite all of this, we found a surgeon, a hospital, and a host family. Our Haitian helper assisted Widnerlande in getting a passport. All of the visa paperwork has been sent to the embassy. Widnerlande and her mother are in the capital and so is John to transport her to the United States, and we have someone in country to help get the visa. And so it appears that our--can I dare say?--last obstacle is the political violence in Haiti, which has shut down the airport and the embassy and made travel in Haiti dangerous. It will eventually end, and we have faith we will get the visa.
We thank Widnerlande for her patience.
Posted by Maria Carroll at 11:15 PM No comments:

The Price of Cholera 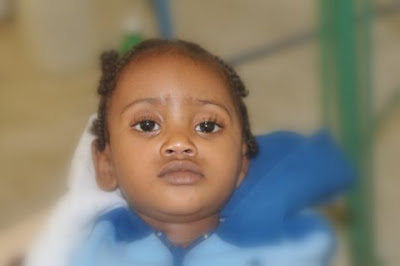 Meet Renaldo. I wish we could. He died this morning about an hour after this picture was taken. His mother is terribly sick with cholera and was too weak to even react when her son died.
Renaldo had been admitted to one of the Cholera Treatment Centers yesterday with diarrhea. The nurses said that he didn't look too badly. But he began vomiting this morning. Cholera can kill quickly.
God bless Renaldo and God help us.
Posted by Maria Carroll at 10:35 PM No comments: