We take a brief break from the miracle of Marie. . . 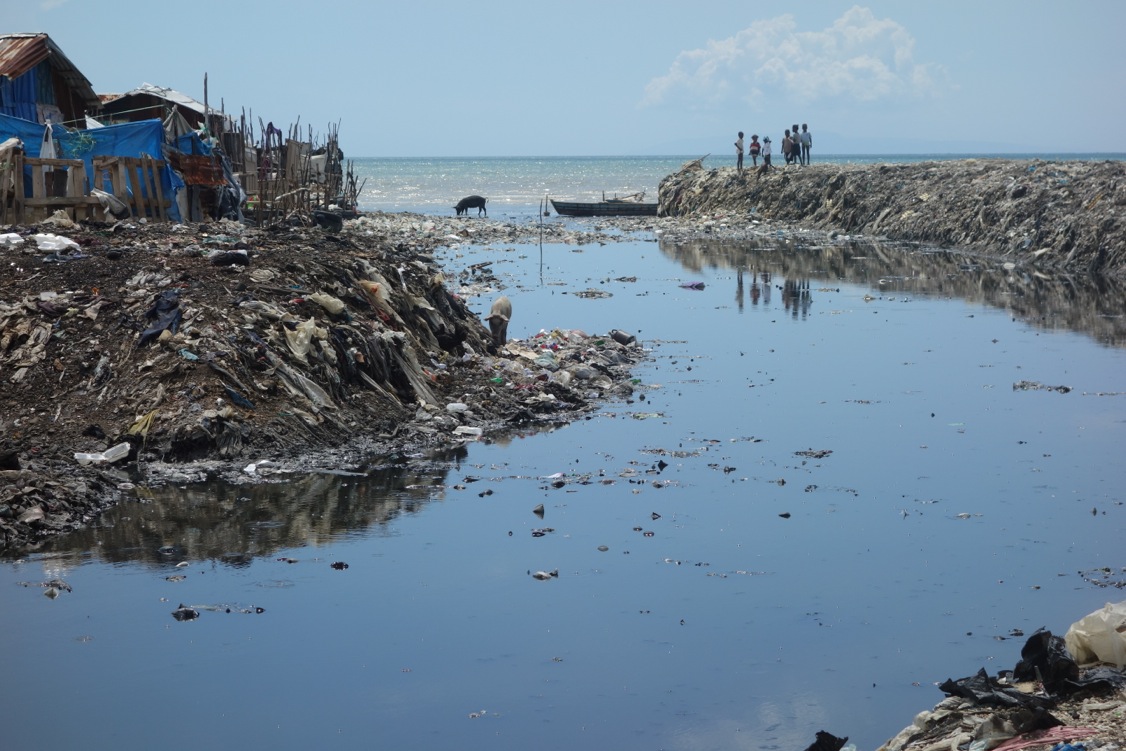 . . . to bring you the picture above which was taken in the last 24 hours in Cite Soleil, a large slum in Haiti's capital city, Port-au-Prince. When I see pictures like this, I ask myself, "Why? Why do we live in a world that allows--forces?--people--children--to live like this? Why haven't the people of the world who have enough--more than enough, so much enough that it's killing us--banded together, risen up, and changed the world?"

I know the causes are many and complicated. I know it's been like this forever. I know there are obstacles to helping. But I still can't seem to get my mind around the reality that we live in a world where so many people live in places like the above, or slightly better while others of us wallow in affluence.

It's hurting all of us.
Posted by Maria Carroll at 9:46 PM No comments: 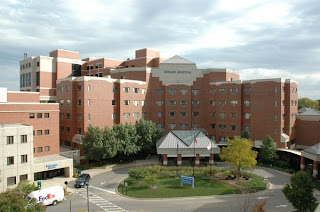 So John made the long trip from Peoria to Port-au-Prince, did what he could medically for Marie's congestive heart failure, and prayed and waited to hear from a hospital.

Against all odds, he didn't have to wait very long. On March 31, Easter Sunday, Marie was accepted by Edward Heart Hospital in Naperville, Illinois. Dr. Bryan Foy,  an excellent heart surgeon, who has operated on other Haitian Hearts patients, would be the surgeon. This may be the quickest a Haitian Hearts patient has ever been accepted by a hospital. And a good thing, too, as Marie was very sick. Walking was problematic. All Marie's energy was going to staying alive.

Now, onto the visa application process and other administrative details. . . 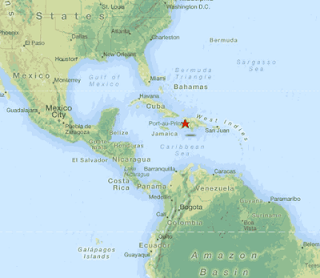 "I'm so sick. I can't lie down to sleep. I'm dying." Those were the words Marie Claude Toussaint spoke to John from her home in Port-au-Prince. John listened from 1,800 miles away. He talked with Marie; he emailed her cardiologist; he agonized over her meds. But in the end, her congestive heart failure proved too difficult to manage via phone.

So on March 29, John traveled to Haiti to see Marie. As my dad said, "It's the longest house call I've ever heard of. " When John arrived, he found Marie as sick as she had described, swollen with fluid, unable to sleep. He put her up in the guesthouse in Haiti where he was staying. He managed her diuretics without labs. She got a little bit more comfortable and was able to eat. But it was just a temporary reprieve. As John said, "She needs the knife."

Specifically, she needed new heart valves. Marie had had heart valve repair surgery in the United States in 2001. But these repairs last only so long. Prior to his trip, John said the hard part wasn't going to Haiti to try to help Marie. The hard part would be leaving Haiti, leaving Marie. So John put out the word that he had a patient who needed surgery now in the dim hopes that he would be able to leave Haiti with Marie.

And then he waited.
Posted by Maria Carroll at 9:27 PM No comments: