Do You Hear Me Now? 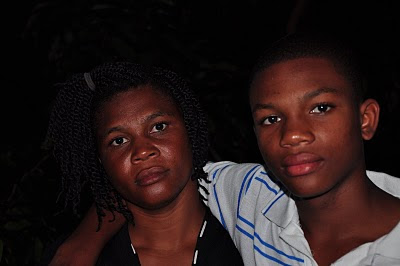 My mom told me she thought, "Do you hear me now?" would be a good title for an article about Haiti, and she's right. Because for so many years, the suffering of the Haitian people has largely been ignored by the world. And the suffering is brutal.

I'll never forget the time we were returning from a trip to Haiti. We were flying from Miami to Chicago, and I sat next to an American who had grown up in Kenya and was making his way back to Africa, oddly, via Chicago, but anyway. I told him where I had been. He actually shuddered and said, "I imagine there should be a sign at Haiti's entrance that says, 'Abandon hope all ye who enter here,'" which of course was what was posted at the entrance to hell in The Divine Comedy. There was so much pain, and suffering, and premature dying in Haiti before and now this.

Our friend Mary who has made her home in Haiti for half of the year for more than a decade returned to Ohio from her recent trip to look for people. Mary writes:

No, let's not forget Haiti again. We do hear you now.

Things can't get any worse
And then they do
But the bad times can't destroy hope.