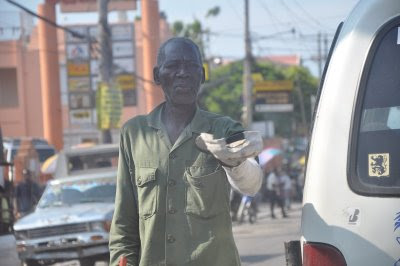 Posted by Maria Carroll at 1:47 PM No comments: 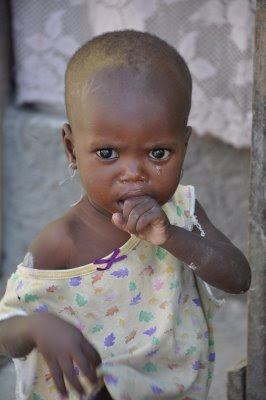 The picture of the above little girl is one my husband took on his most recent trip to Haiti. She lives in Carrefour, a large slum adjacent to Port-au-Prince. We have this picture hanging in our kitchen.
So one day this week, I was getting my lunch together in a hurry, kind of stuffing my face, to be brutally honest, and discontent with the offerings of our refrigerator. I turned around and my eyes caught the above picture. It stopped me in mid-chew.
How can I live my life the way I do when so many children are suffering? Why doesn't it matter more to everyone?
Painful questions with unsatisfactory answers.
Posted by Maria Carroll at 9:08 PM No comments: 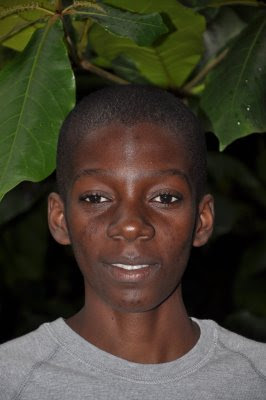 Ronald is pictured above.
Posted by Maria Carroll at 9:21 PM No comments: 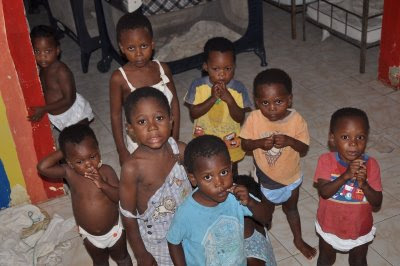 Do you know the difference between upstream and downstream work? Sometimes they're called justice and mercy work. Upstream or justice work addresses the root causes of a problem, while downstream or mercy work concerns itself with delivering immediate help to people who need it now. It's prevention versus cure.

For example, Haitian Hearts mainly works in the downstream or mercy arena. We provide medical care to poor Haitians and bring children and young people to the United States for surgery. We respond to these emergency problems, most of which have their root in poverty. We don't more broadly address this poverty.

Some of our patients with heart problems have these problems due to rheumatic fever, a preventable disease. For rheumatic heart disease, upstream work might focus on educating doctors and people on strep throat and its treatment (penicillin) so that rheumatic fever doesn't develop. Work further upstream might be getting funds for more clinics and doctors and nurses in Haiti so that health care is more widely available.

A nun I know frequently talks to me about a friend of hers who runs an orphanage in Ecuador. This orphanage takes in mainly disabled children who have been abandoned. This seems to fall under the category of downstream or mercy work. But then it struck me: any work that benefits children must be considered upstream work, too. Children, we have so often heard, are the future. They will grow up and create the world anew. Helping children contributes to a just future, a future that is downstream for us now.

What could be better than that?
Posted by Maria Carroll at 9:38 PM 3 comments:

Posted by Maria Carroll at 11:18 AM No comments: