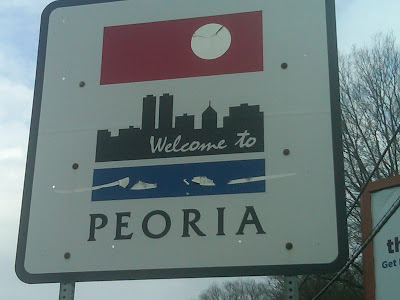 Pictured above, the Peoria sign on Farmington Rd. that appeared in the Today Show segment.
Posted by Maria Carroll at 12:24 PM 2 comments: 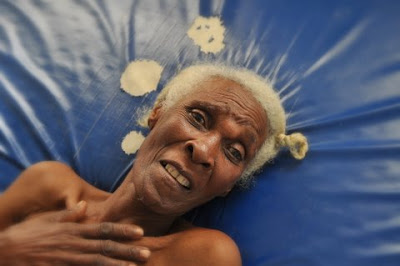 The virtue of the month at my son's school was perseverence. The accompanying handout had these words: "Remember the story of the little engine? Let that be our motto: 'I think I can. I think I can. I know I can!' With God's help, all things are possible. Never give up!" And also, Look at the examples of the saints. How many of them were quitters? None!"

Living and working in Haiti requires perseverance. The family of the woman in the picture above displayed much perseverance in getting her to the hospital. She has persevered to stay alive long enough to have grey hair.

John has made six trips to Haiti in the last 10 months. Last month, he arranged for the 143rd Haitian Hearts patient to travel to California for surgery. He found the patient pictured below in Cite Soleil. He's a three-year-old boy with a heart defect, an atrial septal defect (ASD) and John has been contacting people trying to find a hospital. Could this little guy be patient 144? 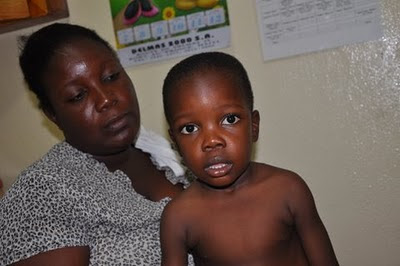 Posted by Maria Carroll at 11:40 PM No comments: