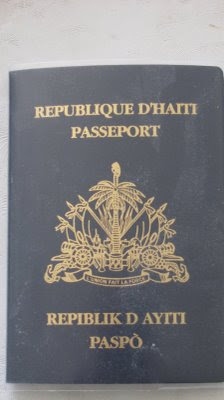 We hope Ronald gets his passport soon.
Posted by Maria Carroll at 4:05 PM

What is actually required for a Haitian to get a passport to leave Haiti? I have been there 3 times and know a kid who would like to get out and come to the US. I don't even know the process of what to tell him on how he can even begin to obtain a passport and then a visa.