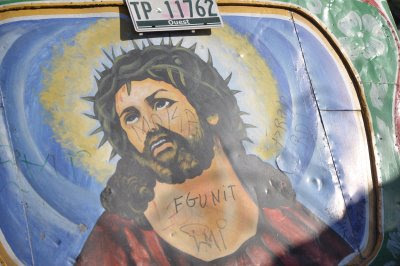 Haitian Hearts could not do what it does--bring children to the States for life saving surgery--without the generous contributions of host families. Actually, "generous contributions" doesn't do these families' involvement justice. For they open their homes often for months to poor children with serious medical problems from another country who don't speak English.
As you can imagine, in addition to not feeling well, these children are often afraid and homesick. In a short plane ride, they have been transported from their familar world to one that, however more prosperous, is jarringly different and filled with strangers.
Thanks to our host families, these children are soon among friends. Our families feed, hold, play with, rock and in all ways help these children make the adjustment to the States and prepare and recover from surgery. They take them to appointments, sit by their beds, and act as their surrogate parents with as much love, caring, and effort as they do for their own children.
So many dedicated families have helped Haitian children through the years, but I'd like to mention one in this post: Jim and Jane Ebel of St. Louis. Jim is a physician and Jane is an art teacher. The Ebels, who have four grown children are a close knit family, who are devout in their faith. Jim and Jane make a good team and have provided a wonderfully loving home to children from the ages of 10 months to 17 years. Jim monitors the children's health and Jane does art projects with the kids. They take them to church, to family events, and to the sights of St. Louis, as well as everything mentioned above that goes into caring for a child who has had major surgery. Actually, this list seems woefully inadequate because what the Ebels really do is make the child part of their family.
They have done this for five children and even two of the children's mothers. Jim and Jane keep in touch with some of their guests after they return to Haiti. They have really given of themselves to these children.
I think I know Jim and Jane well enough to know that they would say that they have received as much or more as they have given. In a awesome and mysterious way, isn't this how it works?The Ebel Family is an inspiring example of the principle. We thank them and so do a lot of people in Haiti.
Posted by Maria Carroll at 12:01 PM