An Update with Apologies 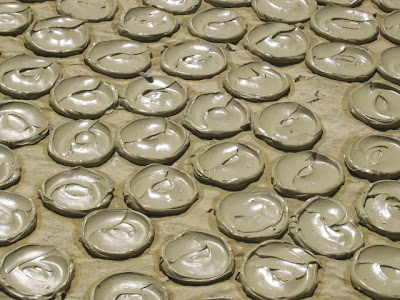 Apologies to all who have been stopping by for the infrequent--very infrequent--posting levels lately. Here's what's been going on:

Both Jhiny and Christelle had successful surgery in January in St. Louis and are continuing their recuperation in Peoria.

A winter edition of the Haitian Hearts newsletter recently went out. If you'd like a copy mailed to you, please send your address to maria.carroll@insightbb.com and I'd be happy to send you one.

The home of one of our Haitian Hearts patients, Caleb, was destroyed by a tropical storm near the seaside town of Les Cayes late last year. Around this time, Caleb's father also suffered a stroke from which he is now recovering. Haitian Hearts sent Caleb's famil some money to rebuild their home.

In the last couple of months, there was a lot of press coverage of the mudpies that poor Haitians have to resort to eating if they want to put anything in their stomachs. Most people find this outrageous, as it is. A small group of people refuse to believe that this is really happening (it is hard to believe). Some even say that Haitians want to eat dirt, that it's some kind of cultural preference. On February 12, 2007, when my husband John was in Cite Soleil, he saw these mud pies and took the picture that accompanies this post. Haitians aren't eating these pies because they crave dirt; they're eating them because they crave food and there is none to be had.

We have frequent e-mail and phone contact with Haitians. It's a marvel of the world that some of the poorest people in the world, like Frandy who lives in a two room house on the side of a mountain in Carrefour, a slum suburb of Port-au-Prince, have access to the internet. If we can permeate the world with technology, why can't we permeate the world with food? By the way, Frandy is working very hard in school, an opportunity made available to him thanks to a scholarship from his generous host family in St. Louis. Frandy's goal is to attend college in the United States.

Thanks for checking in. Here are some topics I'll be writing about soon:

A 76-year-old's reactions to his first trip to Haiti.

Our search for hospitals to operate on two young women who have rheumatic heart disease.

A commendation that Haitian Hearts has received from the Haitian consulate in Chicago.

Why it's been a year since I've been to Haiti.

What we know about restaveks--child slaves who work for families in Haiti and the United States.
Posted by Maria Carroll at 9:37 AM

HAITI is the saddest commentary in this hemisphere. Our country cannot see the realization that we have the third poorest nation at our doorstep, yet enrich nations in far off lands.

I am assistant to the chair of the Haitian League.

We recently met with the key man in development of agronomy for Haiti a few weeks ago. We also met with the Prime Minister and the President of Haiti.

How can we help feed the Haitians?

Well, the President of Haiti asked me, eyeball to eyeball, "Mike, What can you do to help Frere Armand?" (Frere Armand is the man I referred to above}

I asked him to first view my website where I have posted my plan for Haiti, www.mikespinelli.com and note that my plan is NOT to simply keep charity coming, but, to give Haitians the tools to help themselves.

President Preval agreed that if I can get the tractors he would get them to Haiti.

So, I ask your blog readers to contact me if you can help in any to further our project.

We ae the Haitian League. We are non profit and all of our acquired things go to Haiti.

Just check this project out at www.haitisos.org and then check www.haitianleague.org.

Thanks to all of you for your comments. Making things better for Haitians isn't easy.

Thank you for publishing pictoral proof of the mud pies. I am one who has questioned that tragedy as urban legend.

My experience in working with families in LDCs is that there is good information on nutrition and remedies which are more available to the people than more expensive options. Often, the people have been influenced to forsake these sources by various programs and so on, (avoiding the lengthy socio-political explanation). I'm speaking of herbs, vegetables, and fruit that grow indigenious to the area. Do you know of any of these?

One example: I once contracted dengy fever in Nicaragua and the only relief I had was when someone cut some wild lemon grass and made a strong tea of it.

Other herbs, are high in minerals and vitamins. I found that in Honduras, if folks would just remember to plant a few tomato plants near their porches and have a few chickens around the house it made a great difference in the health of the whole family.

I would be very interested in knowing of anyone who has contact with this knowledge, as relating to Haiti.