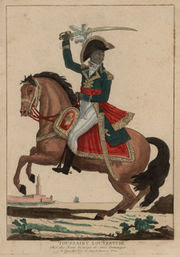 New Year’s Day is a big deal in Haiti, probably because it’s their independence day too. On January 1, 1804, after a bloody, 14-year war, the Haitians defeated Napoleon’s troops to establish the first ever republic by former slaves. People around here seemed a lot more cheerful this day than on Christmas, wishing us a happy new year. Perhaps people are happy because one of Haiti’s worst years is behind it.

We heard the loud booms of fireworks on the 31st and the first, which always give one cause for pause in a place where gunfire is common. There was also a wedding reception here. One of the staff got married or, as the owner put it, one of our Visa Lodge family members. If only that sentiment of family extended throughout all of Haiti. One of the most common complaints we here from people is, “Haitians don’t care about one another.”

Yesterday, the streets were largely deserted. One of our Haitian friends told us this is because everyone was home, sleeping it off. We were boring on New Year's Eve, and I was the only one in our family who was still up at midnight, although we did have a couple of glasses of vino from a box-o-wine.
We hope you have a wonderful 2007 and that it's the start of good things for the state of Haiti too.
Toussaint L'Overture, the leader of the Haitian Revolution and all around amazing historical figure, is pictured above.
Posted by Maria Carroll at 2:44 PM

I just found this site and will be anxious to read your future comments. We have been to Haiti twice a year for the past 4 years and each time we leave more of our hearts in Haiti. We stay with the Missionaries of Charity at 31 Delmas and have always felt safe there but each trip we're able to get out less and less. We have made some good friends and are always glad to hear what is happening in that area. Please continue posting here--all of us who have been there are very interested! God bless you and your family. debbie

My next post is going to be about your concerns. Thank you for your comment and good wishes.