Willy and the Will to Live 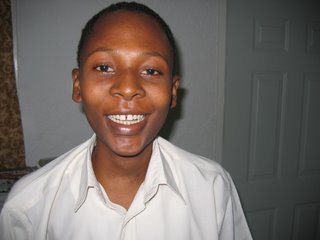 It has been 12 days since Willy had surgery. He remains in critical condition, though he is now responsive. He has had a number of challenges since the surgery: blood clots in his lungs, renal failure, a tear in his abdomen, and the always present risk of infection. Making it is a long shot. Like many sick Haitian children we have seen, though, Willy has a strong will to live, despite all the suffering he has endured. We see this time and time again in the children whose parents bring them to the clinic where John works. Even in the best of circumstances, these people’s lives are filled with misery. They live in mosquito-infested shacks with dirt floors and leaky tin roofs. They feel fortunate if they get one inadequate meal a day. They have to walk miles for water that may or may not be clean. There isn’t much to look forward to in terms of life improving for them or their children. And yet they want to live. Life is good. “Choose life,” says God in Deuteronomy, and the Haitians uniformly do.

This outlook accounts for the low suicide rate in Haiti. We have never heard of this happening. A 1989 study by the Dade County (Miami) Coroner’s office found that Hispanics, Native Americans, and Haitians have suicide rates of 13.9, 11, and 3.1 per 100,000 population per year respectively.

A posting on the Corbett list-serve, which carries notices and e-mails about all things Haitian, contends that Haiti is a breeding ground for terrorists with sympathies or links to Al-Qaeda. The author’s evidence isn’t very good, but I do think that terrorists can recruit people in places like Haiti, where poverty is so extreme. However, I think that even the most hardened, ideological Haitian would find the notion of suicide bombing crazy. They appreciate the old Cold War acronym MAD: Mutually Assured Destruction . Violence that results in one’s own death? How can that make any kind of sense?

And so they live each difficult miserable day, thanking God for the privilege and for the little gifts He sends them. Voluntarily checking out early is not an option. And if they get any chance to extend their lives though medical treatment, they are going to flight like fury to make it happen. That’s what Willy is doing now. Life is good even when it’s hard.

The picture accompanying this post is of Desir Dukens. Desir is a 16-year-old who lives in Port-au-Prince. He is in the advanced stages of rheumatic heart disease. Like Willy, Desir wants to live, as his blast of a smile demonstrates. But in a land of no heart surgery, the prognosis for Desir is not good.
Posted by Maria Carroll at 4:25 PM