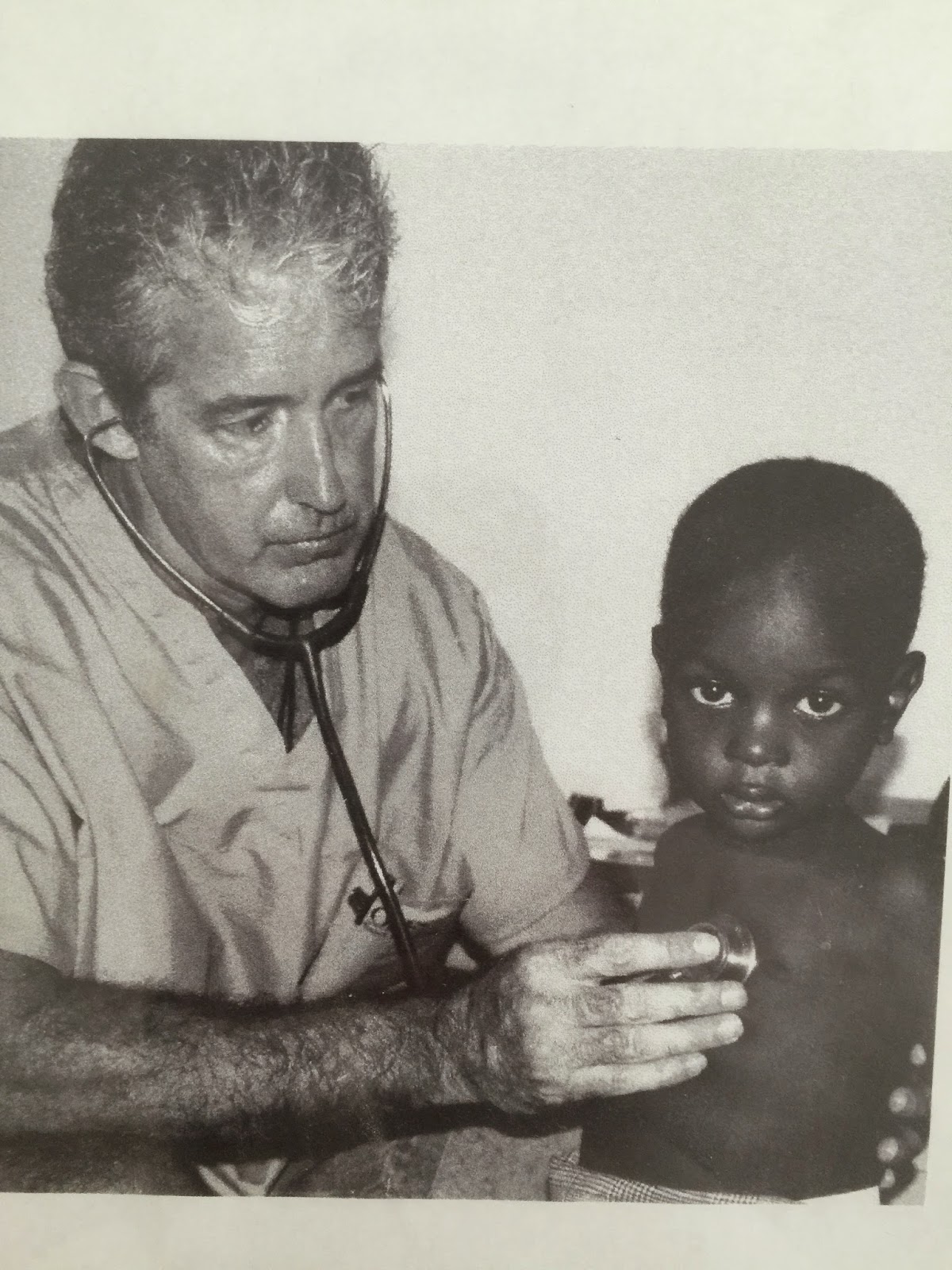 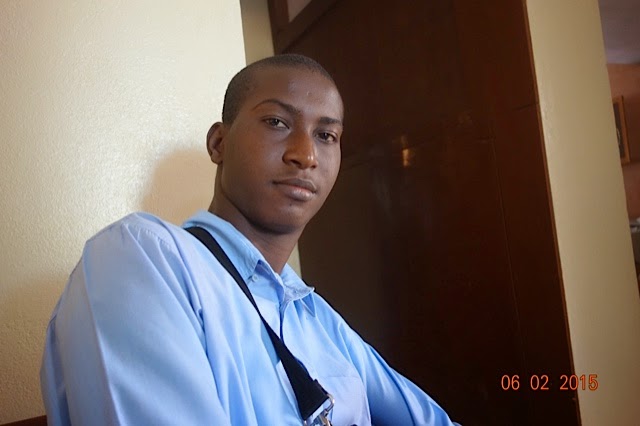 Above are two pictures of Anderson. On the top John is examining him in 2000. Anderson has a small hole between the lower two chambers of his heart, but fortunately this defect doesn't affect his heart's functioning.

The picture below was taken yesterday by John. Here is what he wrote in his email accompanying it:

Haiti is chucked full of young men and women just like him that are so aggressive and want to make something of themselves. He will stare away from me sometimes and think of his future and he shakes his head no....there is a sadness about him at age 18...like he thinks his dreams are not going to work...he made the shirt you see...he made it from cloth and he went to a sewing school when he left here this morning..he says he is learning how to make pants now...I felt so sorry for him. Gave him 15 dollars US....think about him, Maria, and we need to remember to push Luke as hard as possible...

So, this raises some questions I frequently think about. Anderson is not the poorest of the poor in Haiti. But he has much potential and talent that is not being developed because of where he lives, his life circumstances. Typically, we feel badly for the person living in poverty--Anderson--but this this loss of what he could contribute to the world is a huge loss for ALL OF US.

As many of you know, John and I adopted Luke from Haiti. He is flourishing here, and we are grateful. But there are thousands of kids in orphanages in Haiti and millions more with their families who don't get the opportunities that Luke and many of the children who were born in developed countries have.

The flip side of this consideration is the one John alludes to when he says we need to push Luke. Those of us who have had the good fortune to be born in a circumstance--or who make their way to a circumstance--that allows us to develop and contribute need to push ourselves and not just sit around watching TV and eating chocolate. I remember John examining a patient whose situation was especially hard asking, "Why was I born in the United States and Jean Baptiste was born here?" This fact made such a profound difference in their life paths. On this side of eternity, it's an unanswerable question. But the important thing for those of us who do have these huge advantages is not to squander them. We must follow God's will, or further the process of evolution, or make a contribution to the world or however you want to put it. Just do something to make yourself a better person and to help others. Everyday.

I've started a blog about life at www.bouncingball.org and I invite you to check it out.
Posted by Maria Carroll at 10:39 AM