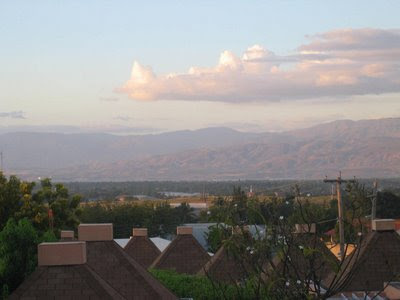 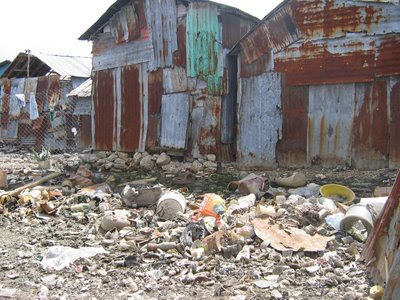 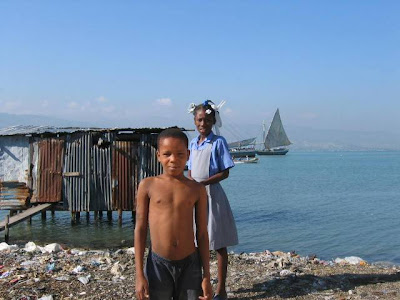 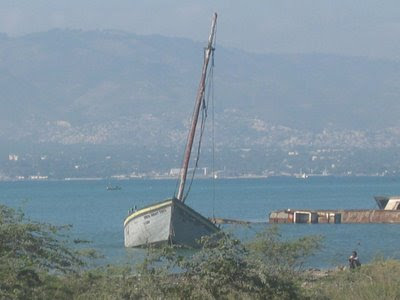 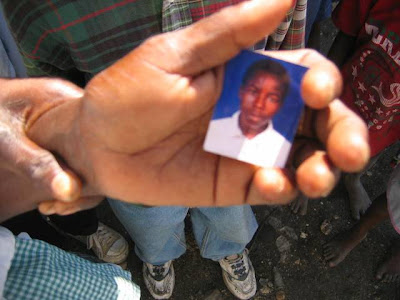 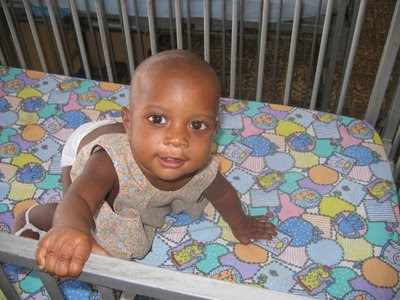 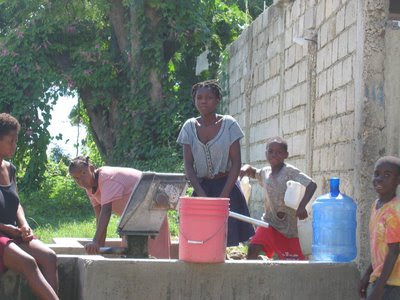 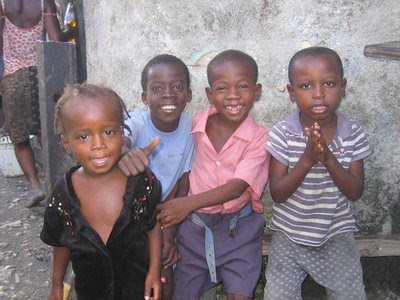 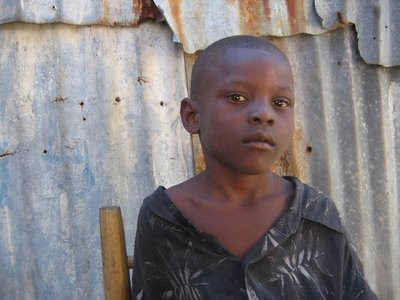 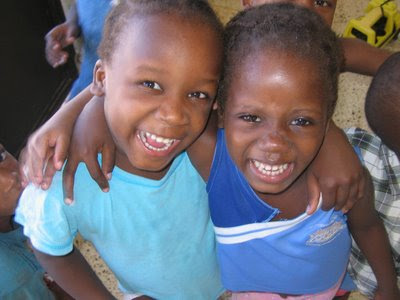 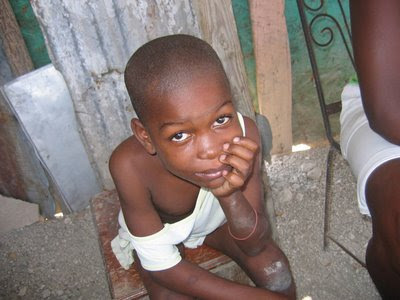 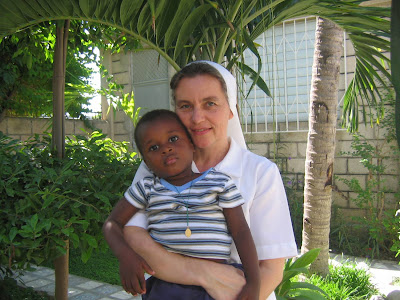 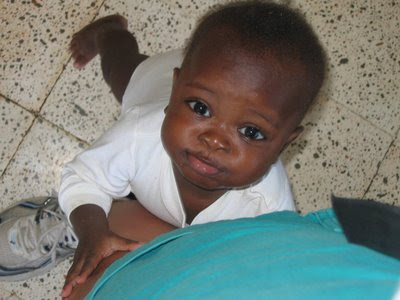 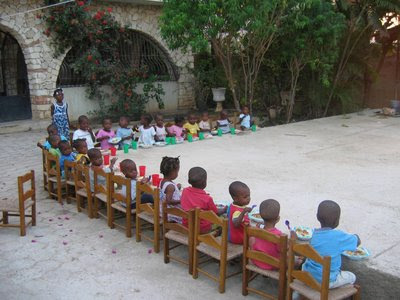 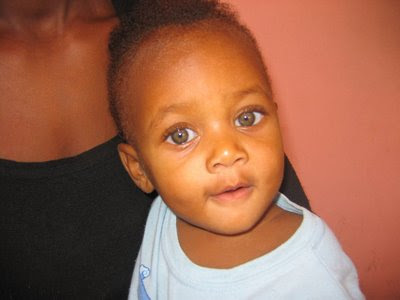 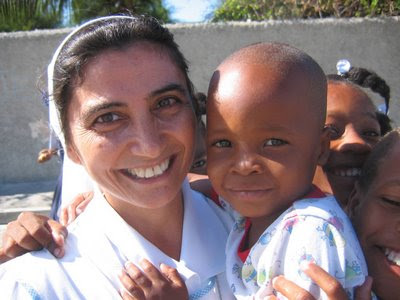 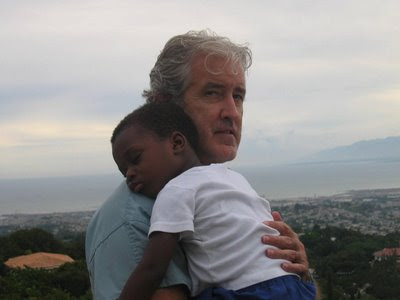 Posted by Maria Carroll at 8:26 AM

Since 2005 my daughter & I have only made 4 trips to Haiti, and will continue, to help at the children's hospital with the Missionary Sisters of Charity in Port au Prince. We give these children the only thing we have to give them during our short stays there. LOVE.

Only seeing is believing. There are no words to describe the plight of the people of Haiti. To view the beautiful sunsets against the landscape of extreme poverty is an oxy-moron to the eyes. One has to wonder, did God do this intentionally? Show us the beautiful sunset, only to draw our eyes to what rests just below it? Some will turn a blind eye. Others will do whatever is in there power to make even a meager difference in just one of their lives. And those who can't will powerfully pray for them.

If the only difference I can make in a Haitian child's life is to hold them, rock them, play with them, LOVE them, if only for a few days, then that is all I need to keep returning. Both my daughter & I have been questioned, why Haiti? Why not Africa? or India? The Philippines? Are there not people in need there too? Even here in the U.S. Are there not homeless, poverty stricken people here too?

My only answer can be, Yes, there are countless in the world who need help! But I am only 1 person. I have only been given one connection to help those in need, & it happens to be in Haiti. And I feel blessed that I'm able to do only that. Our U.S. government provides opportunity, assistance (both financial & medical) to it's poverty stricken. Some may say they cannot "find" work, only because they are too proud to flip-burgers or mop floors. And far too many rely on the government's generosity to provide for them. Opportunity is available in the U.S, if we're willing to swallow our pride. The government of Haiti provides no assistance to their people. They have only themselves & God to rely on.

Many thanks & God's Blessings to Dr. John Carroll, and others like him, who have set their sights below the sunset & choose to share their time, medical talents & treasures to make a difference; one person at a time.

What beautiful and eloquent words. Thank you for sharing your thoughts with us and your gifts with the people of Haiti.

I have been doing volunteer work in Haiti and other countries in the south for 26 years. I have spent much more time in Haiti, because I find that there needs are greater.

I wish every one could spend time in Haiti and see for themself just how hard life is. And yet, I have always found the people very happy. It is needs, not wants that they are missing.

People ask me how hard it is there, and I tell them that it is not hard. I have a return ticket, they do not. They have to continue to live under there hard conditions.

A visit to Haiti will make someone realise just how much we have.

God bless you for all the work you are doing through Haitian Hearts. Keep up the work.

Thanks for your kind words. Hope to see you in Haiti soon.