A Conversation with Jesse Sullivan 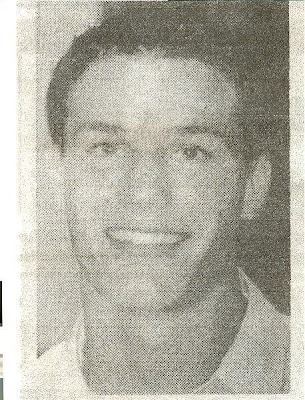 This post kicks off an occasional series in which I talk with people who have some involvement in Haiti or the developing world.

Jesse Sullivan is only 23 but he already has had a very accomplished life. He has twice been a valedictorian, founded two organizations and a magazine, and won many awards. A 2007 graduate of Saint Louis University, Jesse majored in theology and international relations and graduated with a 4.0 GPA. He is currently a Rotary Ambassadorial Scholar at Oxford University, working on his masters in Global Governance and Diplomacy.

What may be most remarkable about Jesse, though, are not his accomplishments, but the concerns toward which he has chosen to devote his time and talent: the developing world and social justice. What was his inspiration? "I looked up to my dad's cousin Johnny," Jesse said. For the past 25 years, John Carroll, a physician from Peoria, Illinois, has spent months each year working in clinics and hospitals in Haiti, the impoverished island nation only 600 miles from Miami. [editor's note: John Carroll is my husband the subject of many of the posts on Live from Haiti] "I thought, "What I want to do is what Johnny's doing--set up clinics in poor countries.'" In high school in St. Petersburg, Illinois, Jesse was valedictorian of his class and also did mentoring. "Faith was a big part of my life. I felt called to do something with God."

Jesse's interest in practicing medicine in developing countries led him to be accepted to SLU's pre-med program and medical school. While in school, Jesse had the opportunity to spend five months working in El Salvador as a researcher, counselor, interpreter, and health clinic worker. In El Salvador, Jesse held a baby who was dying of starvation. It was a profound experience. Jesse writes movingly about this child on his blog http://www.jessesullivan.blogspot.com/.

With this first hand experience of the hardship of life in the developing world, Jesse returned to the SLU campus and founded The One World Organization, dedicated to promoting international social justice issues. One of the organization's major functions is publishing a magazine. Jesse also began thinking that he might want to work in the developing world at a broader level than medicine, where people's urgent and immediate needs are addressed, which led him to his current study at Oxford.

Having majored in theology at a Jesuit university, Jesse was exposed to all kinds of thinkers. Father John Sabrino, a Spanish priest and liberation theologist, who lives in El Salvador, has been a major influence in Jesse's philosophy.

"Father Sabrino's experiences with the poor have led him to believe that there is no salvation outside of the poor," said Jesse. "Loving your neighbor in need--that's where Jesus resides, that is how you get close to God." Loving people who are poor often involves speaking up about the truth of injustice said Jesse. But it's not just the wealthy who are saving the poor. "We can be saved by our interactions with the poor," said Jesse. "I knew from my experiences in El Salvador that I was being transformed."

Other writers who have influenced Jesse's thinking include novelist Albert Camus, particularly his book, "The Plague" and his long essay "The Myth of Sisyphus." The works of this writer whose paradoxical thoughts about God are embodied in his statement, "I don't believe in God and I am not an atheist," had the affect of strengthening Jesse's faith.

"Being faced with a challenge you can't overcome is transforming," Said Jesse. "My hope has to be in something greater than myself."

Another Jesuit priest, Anthony de Mello, impressed Jesse with his Eastern-influenced thoughts about detatchment. In a world where everyone seems to be striving for something, de Mello defines happiness where you don't need anything to be happy.

In much the way that Jesse became well versed in theology while at Saint Louis University, he is becoming fluent in the language and theory of politics at Oxford. " I came to SLU and majored in theology hoping to come away with a blueprint on God, but what actually happened was that all my previously held beliefs were just broken apart. I came away with so many more questions than answers. But what it did offer me was the confidence to face people who were adamant or fundamentalist about their beliefs and know that their interpretation is just one among many ways of looking at the question. Basically, I realized that anyone who claimed to have all the answers was probably the one furthest from the actual truth. So in short, I came wanting a blueprint and got the exact opposite. After the intense year of study and learning at Oxford, "I will be able to have a debate about how the world works and I won't be able to be trumped because of lack of knowledge."

Jesse, whose dissertation is entitled, "Just National Interests: Religion's influence on U.S. Foreign Policy towards development," believes we have to build increased human dignity into our foreign policy considerations. Valuing "one life over another doesn't further your own national interests," said Jesse. Joseph Nye, the Dean of the Kennedy School of Government at Harvard, another influence of Jesse's, talks about how we have to start considering others' interests in the formulation of our own foreign policy.

Jesse's immediate plans after Oxford are to get some more hands on experience in the developing world. He hopes to one day be able to work in areas affecting U.S. foreign policy. Jesse believes transforming change will best come from the bottom up. "It's important to get other people involved at the community level, to establish relationships."

By any measure, Jesse's life has been a huge success. He has accomplished much and yet is aware of how seemingly intractable some of the world's problems are. His experiences have revealed to him the brokenness of the world and also the brokenness inside himself, a brokenness that is a legacy to all of us humans. His faith helps him bridge the gap between the actual and the ideal, a chasm that isn't fully reconciled this side of eternity. But there is much room for improvment. Jesse is using all of his gifts--his intelligence, enthusiasm, work ethic, faith--to prepare himself for an adult life of service to those who often aren't given much weight in foreign policy considerations or as Mother Teresa would call them, "the poorest of the poor." We wish him godspeed on all his journeys.

Posted by Maria Carroll at 9:30 PM