The Difficulty of Arranging Things in Haiti 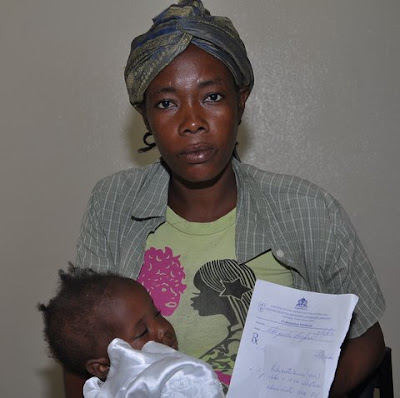 Sometimes in Haiti, you can work so hard trying to make something happen, something that shouldn't be that difficult to arrange and then it doesn't happen.

I'll quit being so vague. On John's last trip to Haiti, he identified three new heart patients. He then learned that there was to be a team of medical professionals, including a pediatric heart surgeon, from Florida going to Port-au-Prince the first week of June. He asked the team if they would examine these three new patients, and they said yes.

The good news is that we think two of the children made it to the hospital where the team had set up shop and were seen.

But we know for certain that one patient did not. And this was after dozens of e-mails and many phone calls setting up the appointment. When things fail in Haiti, there is usually more than one reason why. It can be a combination of techonological failure, language barriers, transportation problems, illness, human error, and the chaos of life in a developing country. Tasks that we take for granted here or that are simple to perform are far more difficult in a place like Haiti where every day life is hard.

We are disappointed that this patient wasn't able to be seen. But we haven't given up and we will think of new ways to bring her to the attention of those who maybe able to help her.
Posted by Maria Carroll at 2:20 PM