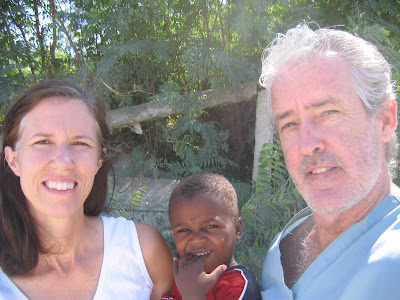 I have something in common with the person who left the above comment. For 13 years, I worked for Catholic Charities, a child welfare agency, in the Diocese of Peoria. I spent five of these years as a special needs adoption worker.
What does a special needs adoption worker do? Generally speaking, we work to find adoptive homes for children in the foster care system who have become available for adoption because their birth parents' parental rights have been terminated. In my experience, 85 percent of the time the existing foster parents wanted to adopt the child, which was a good thing. In the remaining situations, we worked to find homes to adopt children who were often older, part of a sibling group, or had some kind of special need (behavioral, medical, educational, etc.). As you might imagine, this could be a challenge. There are lots of people in the United States who want to adopt healthy white infants or toddlers. That isn't always the case for older children.

When people would call to inquire about adoption, they generally fell into two camps: people who were looking for a baby or young chilld (possibly these inquirers couldn't have any biological children) and those--far fewer--who were open to adopting older children or more than one. Again generally speaking, I think it's the first group of people who pursue international adoption. I wish there was more publicity around the children in the United States who are waiting for adoptive homes. After safety, permanance is the next priority in a child's living circumstance. Children who wait, whether they are in foster homes in the United States or orphanages in other countries, long for the permanence of a loving home and forever parents.

When people are thinking about adopting a child, it's important for them to realistically consider their motivations, skills, and the kind of child they think they are best able to parent. After they have done this, they should realize that the most important consideration is what will be best for the child. It's not so much about finding the perfect child for a family as it is finding a capable, loving family for a child. The child's, not the family's, needs must be foremost.

If this sounds arrogant, I don't mean it to be. I know from my work in child welfare that, for lots of reasons, my husband and I would not be good candidates for adopting an older child or more than one child. Which raises the question, "How did you decide to adopt your child?"

Like many ventures, it seemed as if Providence was leading the way. John and I hadn't even been married a year when we met the boy who would become our son. Prior to meeting him, we hadn't talked about adopting. As far as becoming biological parents, we were both older when we married and knew that having biological children wasn't too likely. John posed the question about adopting Luke shortly after I met him. We talked for several weeks about whether we would be good parents for this little boy. We had many strengths: financial resources, the maturity that age brings (this can also be a weakness), accepting immediate and extended families, appreciation and knowledge of Haiti, a strong faith foundation, and ultimately, the belief that God was calling us to be parents to this little boy. We knew that becoming parents would mean big and often challenging changes in our lives, especially as it pertained to our travel to Haiti and the other freedoms that being childless afforded us. However, in the end, it wasn't a difficult decision.

As I mentioned earlier, our son's biological family is not known to us. I don't think there is a day that goes by that I don't think of his mother and father--what they are like, what they are doing now, how they wonder about Luke. Luke is only five, but he understands that he was in another mommy's tummy--his Haitian mommy. I would love for Luke's Haitian parents to see him. and for him to know them. It is a big wish of mine that somehow, some way, we will meet Luke's Haitian family this side of eternity.
Posted by Maria Carroll at 2:55 PM No comments: 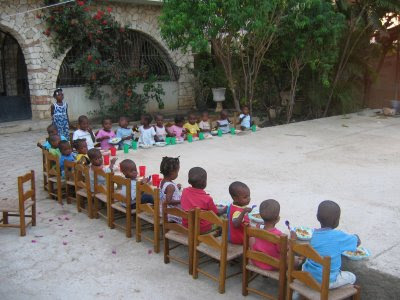 While the United States government wasn't blameless in delaying the adoption, most of the fault lies at the feet of the Haitian government. I won't bore you will all the stories of bureaucratic ineptitude. I cycled between being upset about the delays and what they meant for us and more importantly for all of the children who were waiting in orphanages (and all the children who were turned away from these orphanages because they were full) and stoicism, thinking about how difficult it must be for people in a poor, black country to see all these relatively wealthy white people swoop in and "take" their children.
I have something in common with the person who left the above comment. For 13 years, I worked for Catholic Charities in the Diocese of Peoria. I spent five of these years as a special needs adoption worker. . . to be continued in the next post.
Posted by Maria Carroll at 10:18 PM No comments:

A Note to People Who Have Left Comments 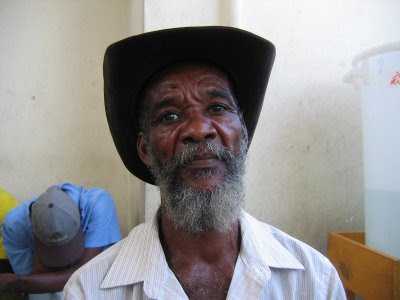 I used to receive e-mail alerts when someone left a comment on this blog. I changed my e-mail a couple of months ago and even though I changed it on my blog too, the alerts stopped coming. So I apologize to those of you who have left comments. I appreciate your reading my blog and that you take the time to leave a comment.

The comments are good, and they have provoked ideas for future posts. Stay tuned.

Thanks to everyone who reads LivefromHaiti.
Posted by Maria Carroll at 10:28 AM 2 comments: 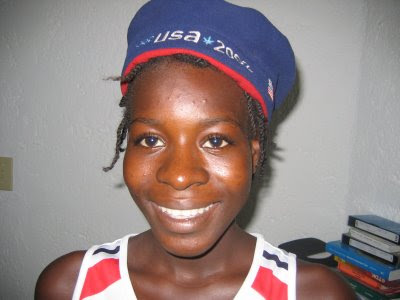 This time it was Miterlande who was the beneficiary of this effort and conscience. Dr. Bryan Foy and Provena St. Joseph Medical Center in Joliet, Illinois have accepted Miterande. She is Haitian Hearts patient number 134. Not that we're counting or anything. Each one of these patients are precious and unique. They have God-given gifts that the world is deprived of when they die too soon. We rejoice with Miterlande and her family that she will get the opportunity--that should be, that is a right--to get the health care she badly needs.
Posted by Maria Carroll at 3:26 PM 1 comment: