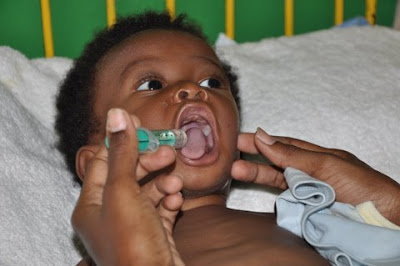 "We found Radha lying on a thin blanket in her hut. Her body was twisted into a knot of pain. Her hair was wet, saturated with sweat, as was the pink sari she wore. The smell in the hut was terrible. . . (her) mother was trying to keep her clean, but Radha's fever rendered her incoherent and incontinent. She vomited again violently as we watched, and that provoked a new dribble of diarrhea. . . what kills people who are contaminated with the cholera bacterium is dehydration . . The word cholera comes from the Greek word kholera, meaning diarrhea. The diarrhea of the cholera sickness has a singularly vile smell, and you never get used to it."
I shuddered when I read the above passage, just a few months ago, from the novel Shantaram by Gregory David Roberts. The novel is based on Roberts' experiences in India. I remarked to John how horrible cholera sounds and he confirmed that it is.
Cholera hasn't occurred much in Haiti. Back in 1990 when I went to the country for the first time, the health department recommended many vaccinations (typhoid fever, hepatitis) for travel to Haiti but not cholera, though the vaccination was suggested for travel to other parts of the world. (Note: if I read the literature properly, for the last several years, cholera vaccinations have not been recommended for travelers going anywhere).
Things have changed in the last few days and now Haiti is battling this terrible scourge. Cholera can kill in hours. The loss of fluids causes extreme dehydration, which leads to dangerous electrolyte imbalances.
The treatment for cholera is Oral Rehydration Therapy (ORT), a solution of sugar, salt, and other minerals dissolved in water that is administered to patients to keep them from getting dehydrated. In time, the bacteria works its way out of the patient's system.
We hope and pray that the cholera is contained and does not spread to the camps or other places in Port-au-Prince.
Posted by Maria Carroll at 5:05 PM