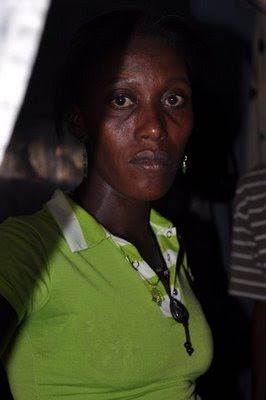 On Thanksgiving, while Americans raise their cholesterol feasting on hormone-fed turkeys raised in horrendous conditions, another atrocity is taking place. Children in Baie d'Orange, Haiti, are starving.
It's official that at least 26 children have died from severe malnutrition, a direct result of the four tropical storms and hurricanes that ravaged Haiti in August and September.
Their deaths are connected to us in ways too numerous to count. As one of many examples, consider that the U.S. government has in recent years "liberalized" Haiti's trade. Just a few decades ago, almost all the rice purchased and sold in Haiti was grown there. Now more than 80 percent of the rice purchased and sold in Haiti was grown in the U.S. Through the dumping of our heavily subsidized rice into their market, we have destroyed Haiti's food security and have run an untold number of peasant farmers out of business.
In short, we have made Haitians more hungry, not less, and have forced them to rely on the whims of the international markets.
Consider global warming. The experts agree that global warming won't necessarily cause more hurricanes, but the hurricanes themselves will come with greater intensity. That seems to be the case. My friends in Jacmel, near Baie d'Orange, have never seen such devastation. It's a cruel irony that the poorest of the poor, who don't eat much meat and who don't drive cars - things that contribute substantially to global warming - are the ones who are suffering the most as a result of the changes in global temperatures.
Consider the elephant in the room: our despicable use of public funds. We spend more than $1 billion every day on the wars and the Pentagon's budget, and yet give Haiti pennies in aid. If we could take one day off from this insanity, no one would need to starve. A billion dollars would make all the difference in the world to the people of Baie d'Orange and to all of Haiti.
But there isn't any profit for Blackwater, KBR and the other war profiteers in feeding Venecia Lonis, a 4-year-old from Baie d'Orange whose tiny body is so miserably emaciated that even our mainstream media could no longer ignore her. Perhaps the only real hope for Venecia is that this Thanksgiving we Americans open our eyes to the harsh and bitter realities of this world, especially those that are of our government's making, and demand change.
Posted by Maria Carroll at 12:16 PM