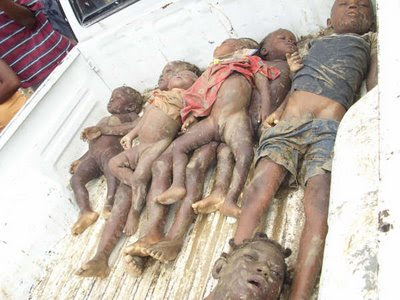 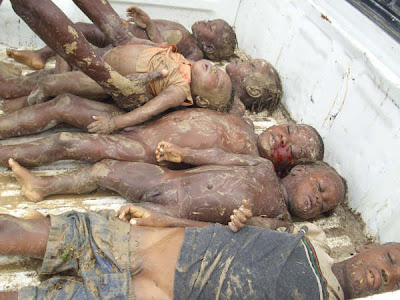 May God bless the souls of these children and remind us all how lucky we are to live where we live and never take anything for granted.

How about offering some solutions?

Marcia Kocak said...
This comment has been removed by the author.
11:59 AM

Hello Maria! I recently found a link to your blog from Marcia's blog. I've being going back and forth to Haiti since 2005 and recently stayed for seven months. I'm 20 and many people of my generation need to see these sort of pictures. We see shocking things all the time in the media, that we have become immune to it. My words and stories don't have as much impact on the younger generation as these pictures could. May I use these pictures to spread the word about what is going on in Haiti as well and share your blog? Here is my email address: carsengray@hotmail.com
-Carsen

wait, are those kids dead?

wow, thats totally something that made my heart sink just a bit !!