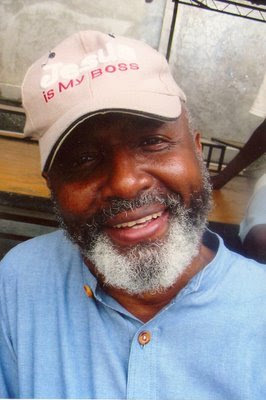 Here is what I remember about Father Gerry Jean Juste:

Seeing him say Mass at his beloved St. Clare’s in Port-au-Prince. During his homily he said, “The first community of Christians were not in need because they shared. We don’t share. We say we are Christians, but we are hypocrites. We are only 600 miles from the U.S. and we are so poor. We are part of the Americas—a continent of Christians, but we don’t act like it.”

He brought a young girl up on the alter who had been severely burned when a propane tank exploded. She was covered in silvadene cream, and Father explained that her family had spent all their money on her medical care. He asked the people of his parish for donations for her family and the people gave. After Mass, Father, who was clearly exhausted, took the time to listen to each person waiting for him with their problems and concerns. When we remarked on his stamina he said, “As long as I have time to pray, and especially to say Mass, I am fine.”

Seeing him in prison in 2005, where he spent months on trumped up charges, designed to ensure that he was not free during Haiti’s presidential elections. My husband John Carroll, a physician, examined him and realized that Father’s swollen neck indicated that something was likely seriously wrong. “We will call it my freedom neck,” Father joked as we planned with others how to petition for his release to receive medical treatment. Despite his unjust imprisonment and his poor health, Father Gerry was amazingly cheerful for himself but very sad about what was going on in Haiti. “Peace and development,” he said. “These are the two things Haiti needs.” At the end of the visit we all held hands and he prayed for each one of us. As we left, we asked Father if there was anything we could do for him. He had heard earlier that we had been able to secure more medical care for the little girl who was burned in the propane explosion. “You already have,” he said.

Sometime when you meet a great person, you can be a little disappointed. Maybe they act pompously or even unkindly. Maybe they are too big to do certain jobs. Maybe they don’t live like they talk. Father Gerry Jean-Juste was the real deal. He spent his life living the Gospel and challenging others to do so also, trying to help those who most needed it. This extended to his preaching, his organizing, and the way he treated each person. And in all his labors and hardships, he exuded joy.

Posted by Maria Carroll at 9:17 PM

Haitian priest Father Gerard Jean-Juste, a symbol of strength, courage and leadership to a great many, was to be laid to rest by his family, friends and supporters on June 18. Few expected the solemn occasion would be transformed into confusion and terror as U.N. forces opened fire towards Haiti’s national cathedral following the arrest of one of the mourners. A victim of a single gunshot wound to the head would be discovered moments later. Witnesses say his body writhed and convulsed struggling with the inevitable as blood slowly formed a crimson background around his head.

Jean-Juste would probably not be surprised by the shooting given that he was a leader of Lavalas and this was after all a Lavalas funeral. He would most likely recall many other instances of human rights abuses committed against Lavalas where the U.N. was complicit or directly involved. He would often criticize the U.N. mission in Haiti for killing unarmed civilians in Cite Soleil and for training the Haitian police as they regularly shot up peaceful demonstrations, performed summary executions and falsely arrested Lavalas supporters following the ouster of Aristide in Feb. 2004. Jean-Juste more than most, would understand that this incident is but one more in a long list of violent offenses committed against the movement of the majority of the poor in Haiti as part of the U.N.’s current experiment in political landscaping.